Reign is a historical (fiction) TV Show that airs on The CW. The series is mainly about Mary Stuart living at France.

Hidden between the lines of the history books is the story of Mary Stuart, the young woman the world would come to know as Mary, Queen of Scots. Queen of Scotland since she was six days old, the teenage Mary is already a headstrong monarch - beautiful, passionate, and poised at the very beginning of her tumultuous rise to power. Arriving in France with four close friends as her ladies-in-waiting, Mary has been sent to secure Scotland’s strategic alliance by formalizing her arranged engagement to the French king's dashing son, Prince Francis. But the match isn't signed and sealed: it depends more on politics, religion and secret agendas than affairs of the heart. Prince Francis is intrigued by the fiery Scot, but like most young men, he resists the idea of settling down into marriage, especially when he has a history with a lady of the court and his own point of view on the wisdom of an alliance with Scotland. Still, an attraction between Mary and Francis is ignited. Further complicating things is Bash, Francis' roguish half-brother, who has a history of his own - despite his illegitimate birth, Bash is his father's favorite. And now that Bash has caught Mary's eye, a royal triangle may be forming. While at French Court, fierce foes and dark forces conspire to sabotage Mary’s marriage to Francis and even threaten her life, until a mysterious shrouded guide becomes her ally. With danger and sexual intrigue around every dark castle corner, Mary rallies her ladies-in-waiting and steels herself, ready to rule the new land and balance the demands of her country and her heart.[1]

Note: only guest stars, not co-stars. 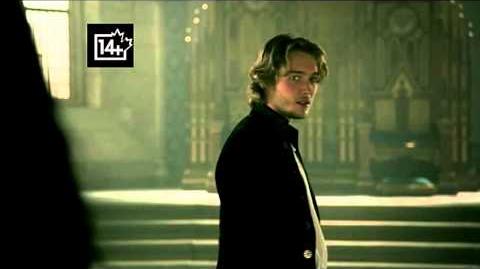 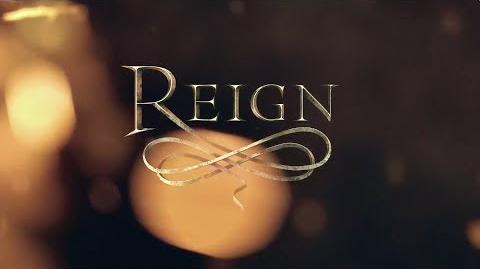 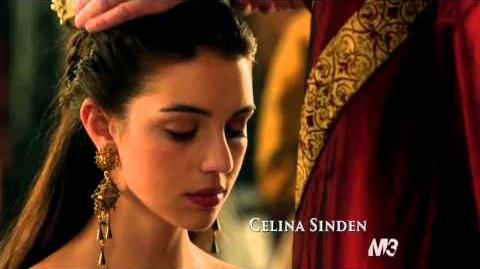 In February 2013, The CW announced its order of a pilot for a TV series based on the life of Mary, Queen of Scots, created by Stephanie Sengupta and Laurie McCarthy, and produced by CBS Studios. Part of the reason McCarthy chose Mary Stuart as the subject is because of her life history and multiple husbands, which makes her story "sexier". The pilot was directed by Brad Silberling, with Sengupta and McCarthy as the writers and executive directors; Sengupta left the team in May 2013, leaving Laurie McCarthy as the sole showrunner. On February 9, 2013, it was announced that Australian actress Adelaide Kane would be playing the main character.

Showrunner McCarthy describes the show as deliberately taking liberties with history, and that it's more "entertainment" than history, while actress Anna Popplewell refers to the show as "fantasy history", exploring the characters in hypothetical situations. Actress Megan Follows describes the show as "24 for the pre-Renaissance", as they may extend historical events over a longer period of time. McCarthy adds that the show is designed to be interesting to a contemporary audience, so viewers who aren't familiar with history will be able to watch and relate to the characters. Among the creative choices is the use of modern music in the show soundtrack, and its costumes. The show's costumes are designed by Meredith Markworth-Pollack, who worked on the CW's other shows Hart of Dixie and Gossip Girl, who created different looks for Mary and her ladies, each to complement their differing personalities. The ladies: Lola, Kenna, Greer, and Aylee, are loosely based on Mary Beaton, Mary Seton, Mary Fleming, and Mary Livingston who were ladies-in-waiting to Mary, Queen of Scots.

Kane auditioned when she was filming a recurring role on the third season of MTV TV series Teen Wolf. When Kane got the part, the Teen Wolf writers wrote her character leaving the series. Kane is part Scottish on her mother's side, and did research on the historical Mary Stuart in preparing for the role. Torrance Coombs was announced as having been cast as Sebastian, one of the leading characters, in March 2013. Sebastian is an original character created for the show, so Coombs didn't have as much research in preparation for the role, though he faced the challenge of changing his performance from that in The Tudors, another historical TV series he'd been involved in. Alan Van Sprang, who was cast as Henry II of France, modeled his performance after Bill Clinton. In November 2013, Amy Brenneman was announced as having been cast as Mary Stuart's mother, Mary de Guise, a role that initially went to Brenneman's Private Practice co-star Kate Walsh, who was unable to commit due to conflicting filming commitments. Toby Regbo was cast as Dauphin Francis in March 2013.

The show's pilot was distributed on May 20, 2013 to advertisers and critics for promotion and to generate hype. The pilot was edited before its final airing on October 13, trimming the sexual content of the scene where Kenna masturbates after witnessing a bedding ceremony. A later episode of the season, 1.13 "The Consummation", has two versions: an on-air cut for television broadcast, and an online streaming version with additional sexual content that was made available on the CW's website a few hours later. This action was criticized by the Parents Television Council for putting sexual content online "where presumably children will be able to watch them with no rating or blocking capability".

Response to the show has been mixed, with various critics highlighting the show's focus on romance and teenage drama instead of historical accuracy. A number of reviewers have compared it to Gossip Girl, with similar emphasis on fashion, drama, and soap opera antics. The review of the pilot by The New York Times described Reign a strong candidate as a "camp classic", calling it fun and acknowledging its historical inaccuracies. The reviewer of The A.V. Club described the show as "an alternate-universe fanfiction than anything pretending to approach history", calling the show camp and fun. The Miami Herald describes the show's opening episodes as "surprisingly entertaining", with Adelaide Kane's portrayal of Mary as "a teenager with a dawning realization that her royal caprices can have unexpectedly grim consequences offers an interesting take on the traditional coming-of-age story". The review of Flavorwire described the show as "fantastical princess wish-fulfilment", a guilty pleasure that is relaxing to watch, and that its historical inaccuracy is to its advantage: "There is something about abandoning all pretense of authenticity that gives this story a lightness it badly needs; dead-seriousness just isn’t something that plays all that well at the moment." Community Voices highlighted Reign as an interesting departure from The CW's other shows, but describes it as stuck in a rut, making it difficult to sustain a show that's "built on a binary premise: either Mary and Francis are coming together or they are drifting apart." A review by a The Los Angeles Times critic is more critical, saying that the "sexed-up version of high school with horses" show "does not deserve" its main character, who is described as a "The Princess Diaries knock-off", but acknowledges that the show is self-aware of its position as a guilty pleasure. USA Today is also critical, describing the show as anachronistic and "dumbing down" history for the sake of entertainment.

Reign was announced on The CW's 2013 autumn line-up on May 10, 2013, placing it in the Thursday timeslot following The Vampire Diaries, its biggest hit in young women demographic. The show had its series premiere on October 17, 2013, in the U.S. In Canada, the series airs a day earlier on M3 in simulcast with The CW on CTV Two and on !E Canada.