Our Undoing is the eighth episode of Season Three and 52nd episode of Reign.

MARY REALIZES SHE MUST MARRY FOR THE GOOD OF SCOTLAND — As Mary and Catherine deal with the aftermath of Prince Don Carlos’ accident, Mary realizes that she will have to marry for the good of her country and not follow her heart. When Catherine is accused of poisoning Francis, Lola is shocked when Mary thinks Narcisse framed Catherine in order to become Regent of France. 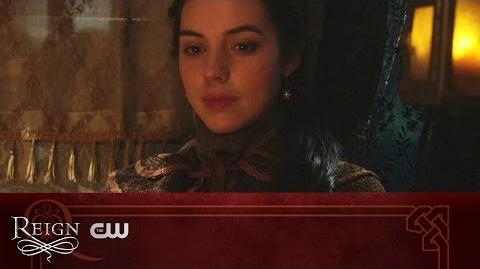 Reign Our Undoing Trailer The CW