Intruders is the seventeenth episode of Season Three and 61st episode of Reign.

JOHN BARROWMAN GUEST STARS — With Mary presumed dead, Elizabeth enlists Lola's help in taking the Scottish crown for herself, while Mary’s half-brother James must defend her throne from John Knox. Meanwhile, Mary comes face to face with Francis’ killer when she and Bash find themselves in the hands of a fearsome clan leader named Munro. 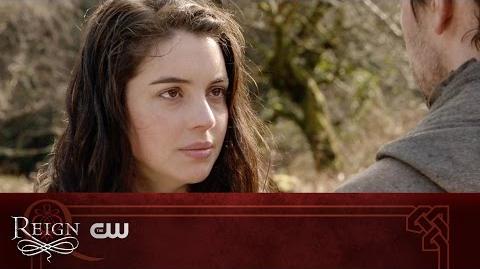 Reign Intruders Trailer The CW
Add a photo to this gallery

Retrieved from "https://reign-cw.fandom.com/wiki/Intruders?oldid=66540"
Community content is available under CC-BY-SA unless otherwise noted.