All It Cost Her is the sixteenth and final episode of Season Four and 78th episode of Reign. It also serves as the series finale.

SERIES FINALE — Mary makes a decision that will change the course of history — forever shaping the fate of her nation, her crown, and her newborn son. Mary’s perilous move for her survival causes the stunning realization that perhaps she is not the only one who may not survive. Meanwhile, Elizabeth steadies herself for war and will become the instigator in Mary’s demise while later realizing she and Mary might be more similar than either thought. 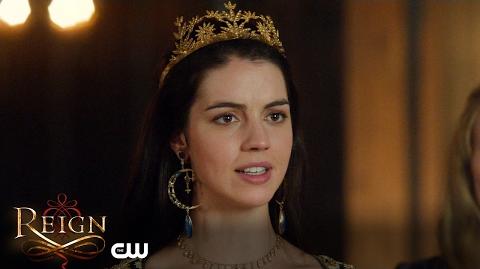 Reign All It Cost Her... Trailer The CW